Going by the slightly shortened title of New Century, the £10m transformation will also see the space used as a creative college in Manchester’s NOMA neighbourhood—just between Victoria Station and Shudehill.

The jaw-dropping Grade II listed building aims to become a new social hub spread over three floors, each with a focus on nurturing talent, developing skills and creating new opportunities. 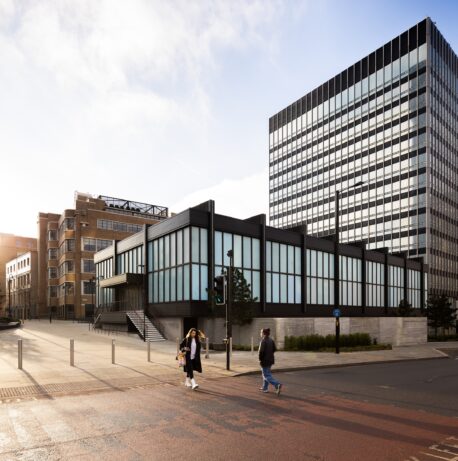 Once home to a legendary dance hall the building was a white-collar conference centre by day, but hosted the world’s biggest acts by night, including the likes of Jimi Hendrix, The Rolling Stones and Tina Turner in the 60s/70s.

Renowned Manchester promoters, Now Wave, have announced that they’ll be taking over the diary and programming for New Century. Any keen gig-goers around Manchester over the last few years will be all too aware that means the building is in pretty safe hands on that front.

The first name confirmed on the live music front is Toro y Moi, who will take to the stage on Thu 13 Oct. Expect plenty more names to be announced in the coming weeks too…

In the basement, Access Creative College, which specialises in kickstarting careers in the creative industry, will open their third site in the city alongside DBS Institute.