Free Pizza: Nell’s is giving away 500 giant slices to celebrate its new spot at Kampus 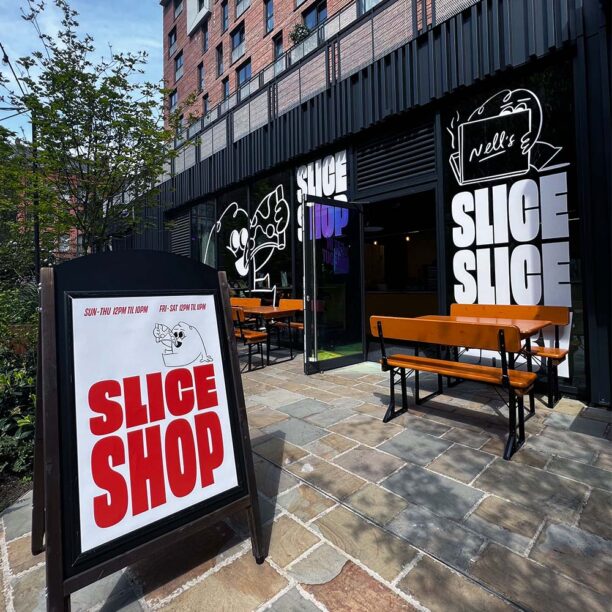 Despite its still relatively short time in the city, Nell’s Pizza has quickly skyrocketed into one of Manchester’s most-loved pizza spots.

Those now-famous 22” New York-style pies have a new home to add to their growing list, with a dedicated slice shop recently opening its doors in the Kampus neighbourhood.

To celebrate, Nell’s is giving away 500 slices for absolutely ‘nout on a first-come-first-served basis next week (Tue 26 Apr). There’s no catch, just head down between 12pm-3pm, and as long as you’re in the first 500 (we recommend getting in early) you won’t pay a penny for your slice.

Nell’s comes from the award-winning team behind Manchester institution Common, as well as The Beagle and Port Street Beer House. The new Kampus Slice Shop will be open from 12pm-10pm Sun-Thurs and 12pm-11pm Fri-Sat.

With its new venue, Nell’s will be able to sling out slices of 22-inch pizza alongside its delicious dips. Flavours will include the classic OG Cheese, the Burrata, and vegan-friendly options like the Marinara Plus (topped with black olives, breadcrumbs and basil oil) and the Mushroom (garlic cashew cream base, mushrooms, chilli flakes and marinara sauce).

Head down next Tuesday for you free slice, otherwise you can book a table using the button below.