Liam Gallagher has confirmed he’ll return to Manchester for a massive homecoming show next summer. 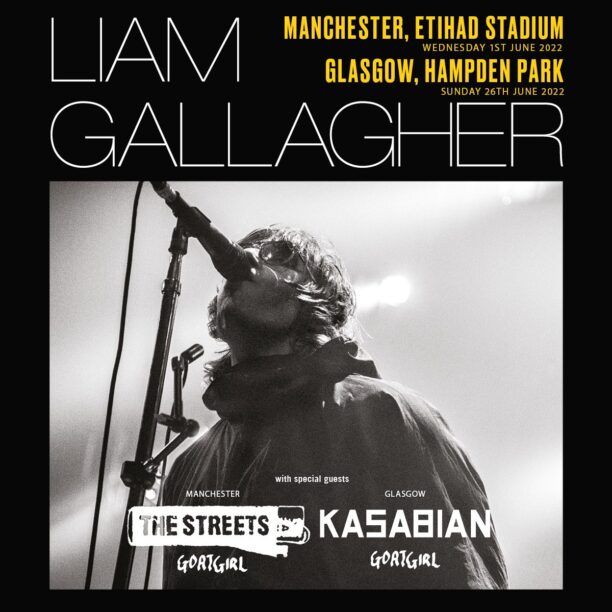 The former Oasis frontman will headline the Etihad stadium on June 1.

An impressive support lineup will feature The Streets and Goat Girl.

The special show will take place just days after the release of Gallagher’s fourth solo album, C’mon You Know, which will drop on May 27.

Taking to Twitter, Liam wrote: “I’m super proud to announce I’m doing a gig in my hometown of Manchester on 1 June 2022 – home of the champions of English football Manchester City.”

The Mancunian icon will also headline Glasgow’s Hampden Park later that month, with Kasabian featuring on that bill.

It’s looking to be a fairly packed summer for Gallagher, with two sold-out shows at Knebworth also pencilled in.

Fans who pre-order the new album will have access to pre-sale tickets from 9.30am on Thursday October 14.

Remaining general sale tickets will be available from 9.30am on Friday October 15 from Ticketmaster.