Memorial to victims of Manchester Arena attack opens to the public 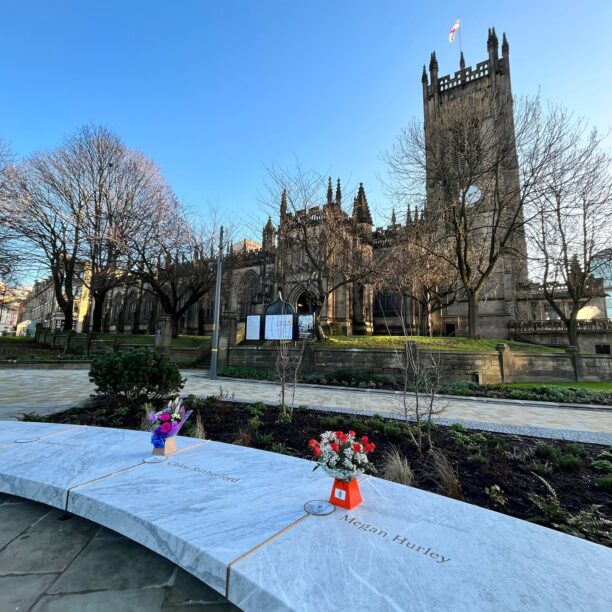 A memorial honouring those who lost their lives in the Manchester Arena terror attack has now opened to the public.

At the centre of the new garden space is a white marble halo with the names of the 22 people who lost their lives. Families who lost loved ones were invited to place personalised memory capsules inside the halo.

Work has been taking place on the space since March last year, and an official opening ceremony is planned for spring ahead of the fifth anniversary of the tragic events.

The Glade of Light has been conceived as a living memorial, containing a peaceful garden space for remembrance and reflection. It features plants which grow naturally in the UK countryside that have been chosen to provide year-round colour through the changing seasons.

Around the anniversary each year, white flowers of a hawthorn tree at the memorial’s centre will bloom.

The now-open space can be found in Manchester’s Medieval Quarter, between Manchester Cathedral and Chetham’s School of Music.