Review: Move better in 2021 with FixMyRun coaching sessions at The Y Club

If you are interested in improving your run, FixMyRun clinic at Castlefield’s Y Club is an excellent place to start. 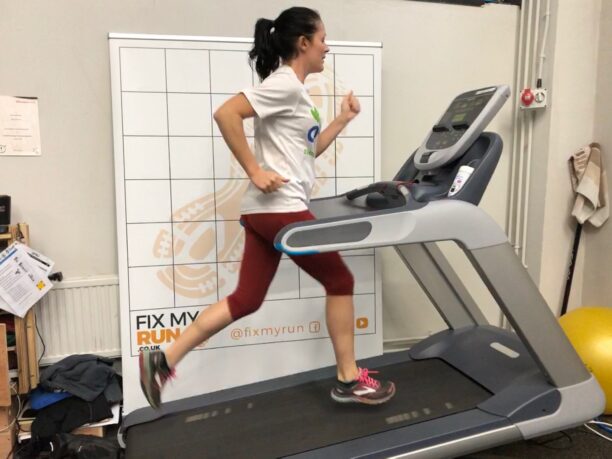 Clients can be anyone – kids, elite athletes, people who seldom move from the sofa – with courses composed of one filmed running assessment followed by six (12 or 18) in-person coaching sessions. FixMyRun can help anyone move better by gradually changing aspects of your running technique. Movements are ‘reprogrammed’ using techniques developed by world-leader in this field, The Running School. These simple but effective activities include hopping to-and-fro on one leg, or moving in and out of a small box with your feet as fast as you can. Also known as ‘DMS’ (or dynamic movement skills) these ‘skills’ have been shown to be as effective at preventing injury when introduced at leading football clubs as they are at improving the technique of total beginners like myself.

To be honest, I was pretty nervous about showing off my moves at my first session. White dots were placed on my clothes to enable the team to assess any issues while I ran on a treadmill. I was filmed from the side and back. Once I got over my initial embarrassment, coach Alex Green (a registered osteopath and founder of FixMyRun) assured me that my running and confidence issues were common.

Problems included bringing my legs too far forward when running (which means you ‘drag’ rather than propel yourself along), tilting my pelvis forwards rather than keeping it in a neutral position (which can lead to injury), running with my feet pointing out rather than straight ahead (again, a potential injury creator) AND wobbling my arms from side to side rather than back and forth (which wastes energy, and throws you off balance).

Alex treated the issues one at a time, coaching me with ‘tweaks’ to how I moved; pushing my arms forward and up with each stride, for example, rather than swinging them from side to side, and specific treadmill drills to encourage my feet to land further back. Apparently, the direction your thumb points in when you run really helps to keep you on track.

Sessions included specific stretches and weight-based exercises to activate the ‘glutes’ (aka bum muscles). After doing sets of each movement, I returned to the treadmill and felt like I was being propelled forward by my legs, rather than being dragged along.

Alex also got me to perform fast, repetitive jumps and hops in between short, 20-40 second bursts of running in a ‘corrected’ way on a treadmill. I left each session feeling like lying down despite running for less than 10 minutes in total, aside of practicing between each session. By the end, my run was almost unrecognisable – you can see for yourself here.

Watching this back, I feel like I’m looking at two different people. After years of trying, I finally feel like I can run without worrying about injury or my lack of skills. Obviously, I probably won’t do any more than continue running around the block, but I feel excited about where my new run *could* take me and I can see why FixMyRun is popular with people who have a big race such as a marathon to train for.

Options include 6, 12 and 18-week programmes for improving technique and speed as well as a marathon support package. Prices start at £85 for a filmed running assessment, and £320 for 6 coaching sessions. Right now, through December, they’re offering a 7-for the price of 6 series of coaching sessions – book below.

For more ways to keep fit this Winter, including our guide to the region’s best walks, click here.