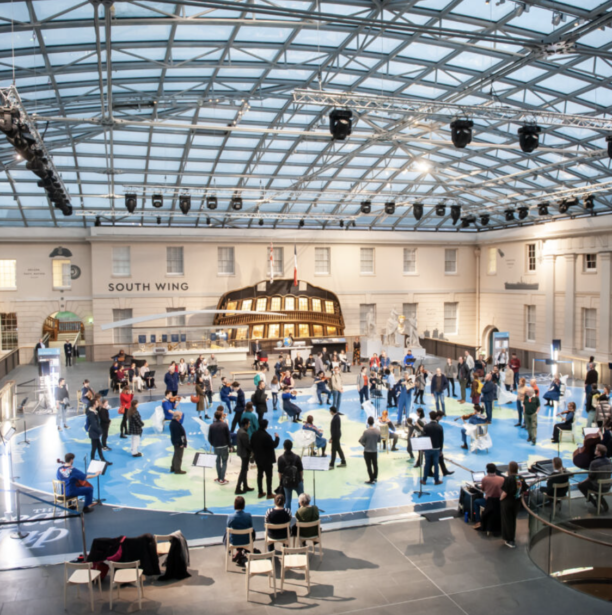 Aligning with the venue’s commitment to sustainable practices, The Stoller Hall has unveiled a fascinating year-long season of live performances inspired by the power of nature.

Celebrating music’s ability to bring about positive change in the world, the spectacular venue will welcome an eclectic mix of talented acts inspired by climate, nature and the rhythms of life.

Coming up in the series is a hugely-anticipated performance from James Lisney (Thu 12 May), delivering a programme centred around the theme of climate and nature, including Debussy’s La cathédrale engloutie, a piece based on an ancient Breton myth in which a cathedral, submerged underwater off the coast of the Island of Ys, rises up from the sea on clear mornings when the water is transparent.

The return of the Manchester Guitar Festival also coincides on Fri 20 May-Sun 22 May. With talks, workshops, pop-up performances and headline concerts featuring everything from jazz to electric, noodling to shredding and, yes, the occasional errant ukelele, guitarists and string enthusiasts of all abilities are invited for a weekend alongside professional musicians from several genres.

Then, on Sun 5 Jun, Orchestra For the Earth promises a wildly unique experience that combines musical performance of the highest calibre with talks, videos, art and photo exhibitions, all intwining to connect audiences around the world with music and nature.

Along with live performances, The Stoller Hall’s Atrium Gallery has been taken over by work from Photography and Fine Art students from Salford University’s School of Arts & Media, capturing spaces where urban environments collide with nature.

Find out more about the full Sounds of Nature season on the Stoller Hall website, and book your tickets using the button below.