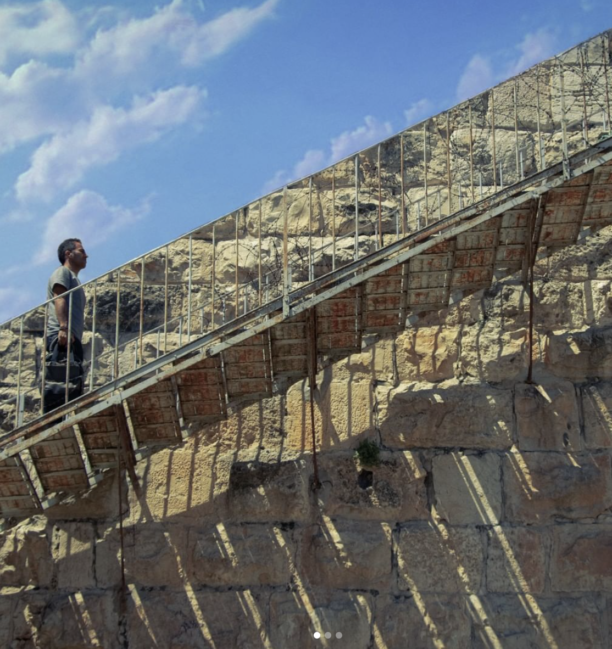 Usually—always, even—there is reasonable confidence among guests on a guided walk, that the host’s anecdotes, history lessons and personal stories are about the location they are due to navigate.

The Land’s Heart Is Greater Than Its Map, from Palestinian filmmaker Ramzi Maqdisi, is an experience which uniquely and thrillingly subverts this core assumption, as he tours the streets of Manchester while spiritually submerging participants in the land, soul and collective memory of his native city.

Featuring several walks over five days, this alternative walking tour utilises Mancunian landmarks to explore a distant, wondrous and contested city, as told by a resident whose physical and cultural entitlement to his own home remains under growing threat.

Co-created with writer and theatre director Olivia Furber, the tour begins at HOME, where visitors receive a pair of headphones—with language translations available—which feature transportive surround sound, pulling the listener into a startlingly different urban soundscape as an immersive backdrop to Ramzi’s voice.

In the following eighty minutes or so, he expounds on the various, unexpected similarities he finds between Manchester and his home, stopping at landmarks which act as a visual reference to those in his stories.

Described as an ‘evocative yet subtle piece of theatre’ by Benno Heisel, Artistic Director of Hoch X, Maqdisi and Thurber have carved a distinctive route of discovery into the local streets, with astonishingly stark and personal insight into an ancient, defiant community which faces cultural erasure and physical exile from their ancestral land.