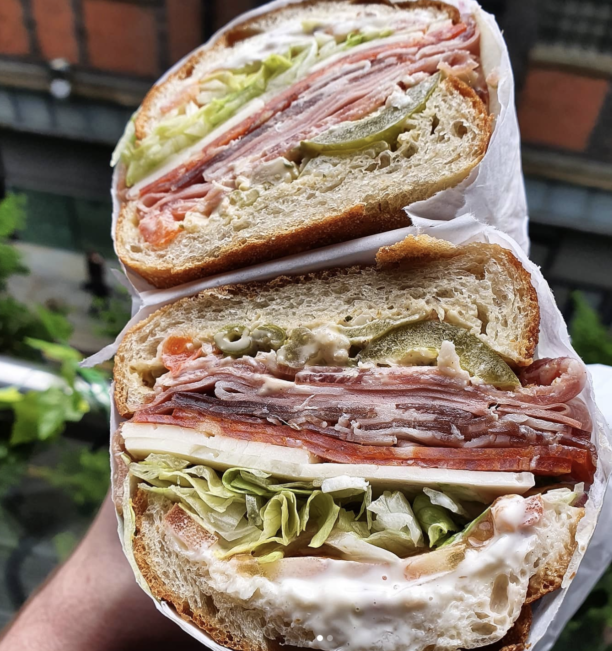 An incredibly sad day for hoagie lovers in Manchester is upon us, as Bada Bing prepares to bid farewell…at least for now.

After opening during lockdown last year, the Sopranos-themed sandwich shop quickly built something of a cult following across the city with their frankly ridiculous deli creations.

The team had most recently been trading out of the rotating kitchen at Ancoats General Store, selling out on a weekly basis. However, a couple of weeks back they took to Instagram to confirm their time there would be coming to an end.

“For now, The Bing will have to take a little break. At least whilst we regroup, plan for the future and figure some bits out, but (hopefully) we will return, bigger and better than ever serving up the subs you all deserve.” They wrote.

There will, however, be one final chance to grab one of those delicious, ginormous butties, as they set up shop for a farewell party at Track Brewery’s new taproom on Fri 25 Nov—exactly one year on from their first day slinging sandwiches out of a window on Ancoats’ Radium Street.

Getting underway at 12pm, the festivities will run right through until midnight. Guests can expect old favourites and some ‘intoxicated’ creations as the day goes on.