Beloved locals, Great North Pie, are set to open a new pie and mash cafe in the city centre later this spring.

They’re the first occupier announced to open on Kampus’ recently reborn Little David Street, which had previously been closed off for decades.

Husband and wife team Neil and Sarah Broomfield started the business ten years ago, once upon a time making pies in their home kitchen for local farmers markets. Fast-forward to present day and they’ve become one of the North West’s great food success stories, with spots in Altrincham, Ambleside and the Lake District.

Anyone heading down will be able to enjoy classics such as the Classic Lancashire Cheese and Onion, alongside a seasonal ever-changing selection of delicious creations and a full drinks menu. 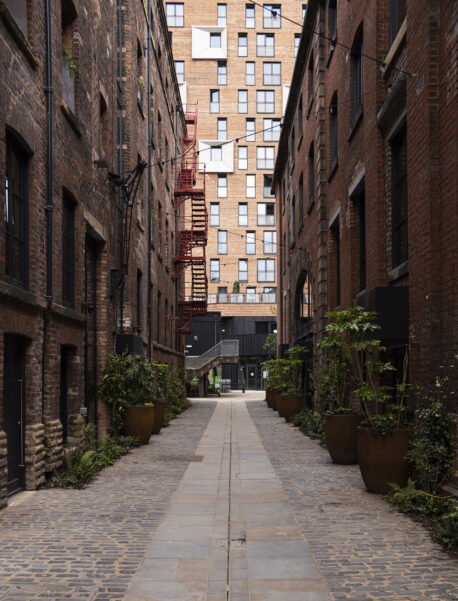 On the opening, Neil said: “Since we started out making pies at home for farmers markets, we’ve always wanted a base in the city centre. We’d been looking for a while and as soon as we saw Kampus we knew it was the right place for us. It had to be somewhere intimate and cosy and Kampus really nails that laid back vibe.

“We’ll be keeping things simple, just great northern pies and mash, with loads of gravy, and a few beers. The Kampus gardens are one of the nicest places to come and sit in Manchester and with the mix of independent traders that are coming, it’ll be an amazing community to be part of.”

Great North Pie join the likes of Nell’s, General Store, Pollen and Beeswing as the latest additions to the Kampus neighbourhood of impressive indies.