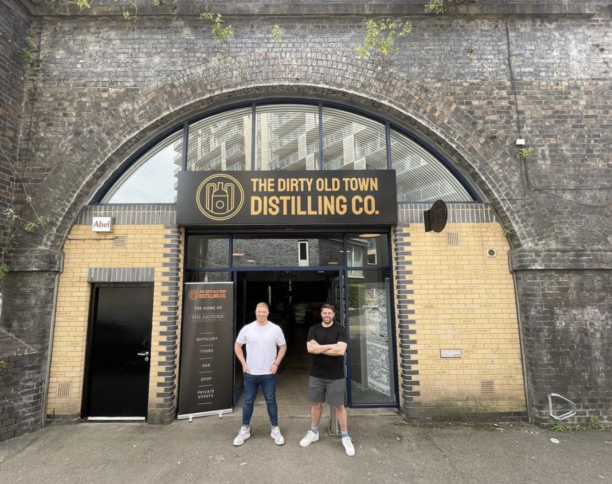 The Salford Rum Company have flung open the doors on their shiny new distillery, along with Greater Manchester’s first-ever dedicated rum garden.

Aptly named The Dirty Old Town Distillery after the song Dirty Old Town which featured on The Pogues 1985 album Rum Sodomy & the Lash, the new space is located in Arch 33 on Viaduct Street in Salford.

The new venue houses a cutting-edge craft copper still, which will allow the brand to further experiment with innovative small-batch creations, alongside the staples that have made them so popular since launching in 2018.

There will also be a bar and seating area, serving cocktails, local beers and spirits, and an outside space that’ll no doubt prove a hit throughout these summer months. Rum aficionados will also be able to embark on an in-depth Spiced Rum Experience, where you can learn more about the distilling process and sample a few tipples along the way.

As long-term partners of Salford Lads Club and supporters of artists such as legendary local doodler Dave Draws, the owners intend the space to become a brand home for The Salford Rum Company as well as a place local creative talent can flourish.

Tommy Gaughan, one half of the duo responsible for launching Salford Rum, said: “The support we’ve had locally for Salford Rum is nothing short of incredible. When looking for somewhere to take the brand to the next level, it was always going to be in Salford, and always going to be a place whereby our supporters can come and feel like they’re part of the Salford family.”

James Harrison, who founded the brand with Tommy said: “It’s been quite a ride and our first step into hospitality feels surreal. It’s time for us to grow in Greater Manchester’s vibrant drinks scene and for the brand to have somewhere to develop and – of course – serve awesome drinks.”