‘The Cure’ will be an authentic Spanish brunch, served every Saturday and Sunday from 11am, featuring a rotating menu from Levanter and Cloudwater’s special Bloody Mary cocktails on tap, using a different base spirit and garnish each week to fit the theme. 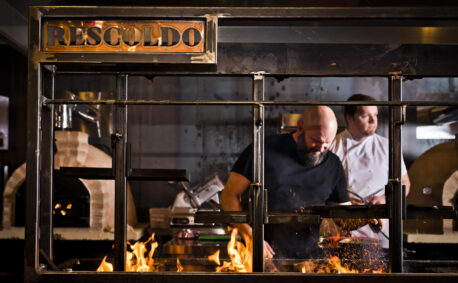 Cloudwater will be sticking around too, after they recently announced plans for a huge new flagship beer hall at Kampus.

More details are expected in the coming weeks, though here’s what we know of the residency so far:

Eclectic mix of Jazz in all its forms, paired with beers from the best NYC breweries.

Celebrating the Best of British in honour of Queen Liz! Party bags and street party at the ready, pouring fresh beer from the Queer Brewing Project.

Fun-twist on a Portuguese party, with Fado and Flamenco tunes, with port-infused Bloody Marys.

Levanter dishes with beers from some of the highest rated breweries in the world.

Manchester favourites to celebrate our home town, with back-to-back tunes!